Dr. Tudor Constantinescu, Principal Adviser to the Director General for Energy in the European Commission: “Turkey has a great renewables potential. Over the past years, the country has made considerable progress in this field. For this positive development to continue, Turkey will also need to attract further renewable investments from abroad.”
Merve Özcan Mayıs 20, 2020 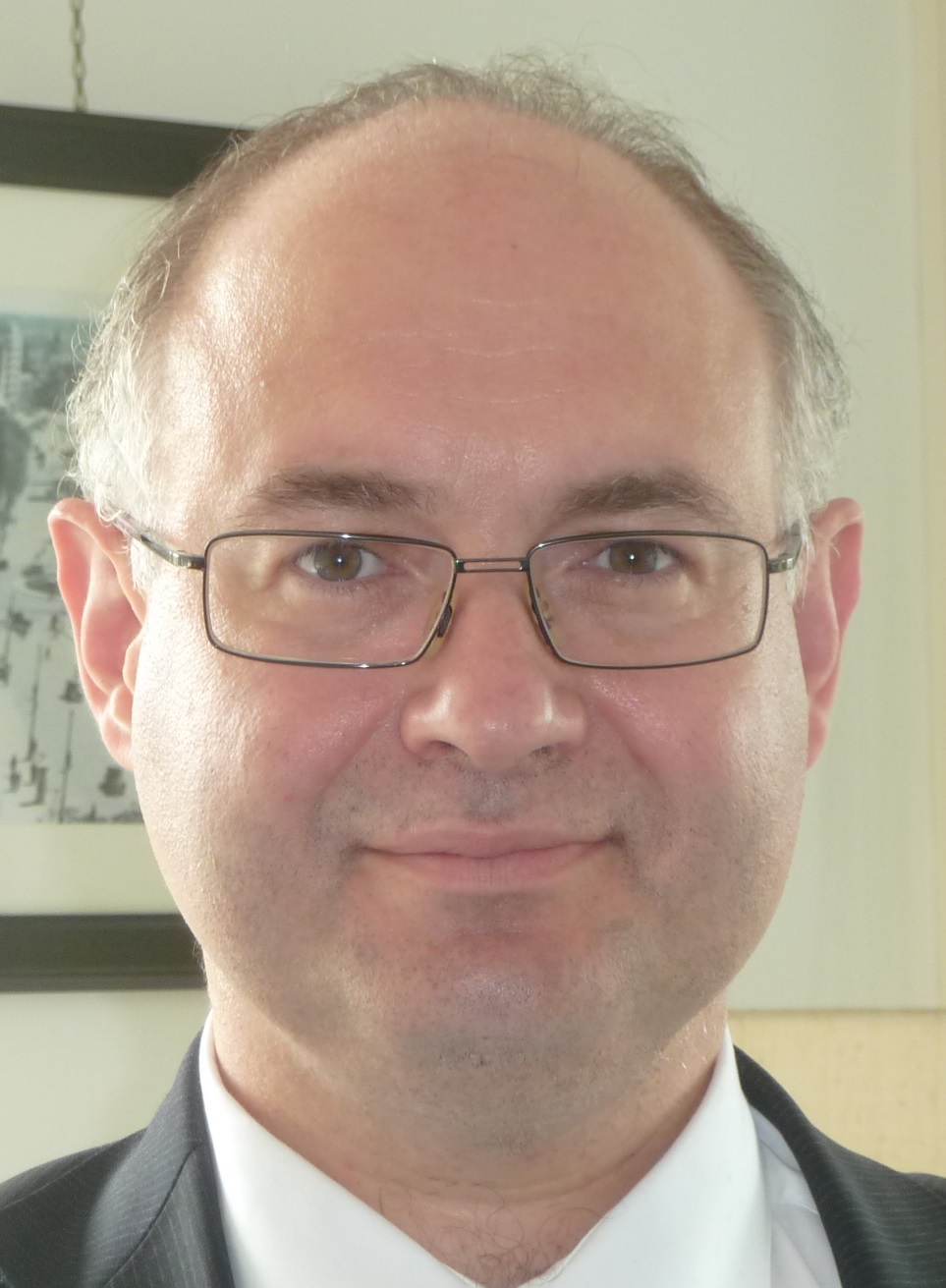 As far as we have concerned, The European Green Deal document will become valid in October 2020. Policies and targets were announced previously, especially for the energy sector for 2020, 2030 and 2050. Will there be any changes to these targets with the Green Deal? What kind of differences will there be in terms of financing, legislation, monitoring and enforcement?

The European Commission lead by President Von der Leyen has made clear from the outset that the European Green Deal is the main priority for its five-year mandate. Our principal objective is to move to a climate-neutral economy by 2050, and the Green Deal coordinates our approach across all policy areas and all sectors. Furthermore, the actions to achieve Green deal objectives will help economic recovery in the context of the COVID crisis, supporting modernisation of our economies. Energy is of course one of the domains that will play a crucial role in the transition. If we look at Europe’s economy, we see that energy generation, transmission and conversion is responsible for 75% of the EU’s emissions. The Green Deal aims to address the three main priorities of EU energy policy: security of supply, affordability, and sustainability, and complete the transformation of our energy system into one which is not only carbon-neutral, but also more cost effective, energy efficient and secure. At the same time, some areas face a larger transformation than others, and so we must ensure that we do not leave any person or region behind. The Commission should assess and make proposals for increasing the Union’s greenhouse gas emission reduction target for 2030 to ensure its consistency with the climate-neutrality objective for 2050.

One of the important sectors addressed in this law is energy.  What kind of actions are planned to be taken for the energy sector? Will all member countries take enough initiative to achieve these actions? Could all countries achieved the same performance in meeting the targets in the past?

We are going to focus on further improving the energy efficiency of our buildings, through a “renovation wave”, aiming to triple the existing, insufficient rate of renovation in Europe. We also need to increase the share of renewable energy by making it easier to incorporate renewables into our energy system. For this to succeed, we must move towards smart sector integration, which will promote innovation and stronger integration of the electricity, heating and cooling, transport, gas, industry, and agricultural sectors. To help in this, there will be a need for more renewables, and the new strategy to boost offshore renewable energy will help in this respect.

How the Green Deal will reflect to Turkey?

The Green Deal applies a prior only to Member States. The future Green Deal measures, which are currently under preparation (e.g. the Commission proposal to fully de-carbonise the European economy by 2050) will become part of the EU acquis as soon as they have been adopted by the European Parliament and Council. As part of the accession process and where applicable, Turkey as a candidate country will also need to align with these new measures one day.

It is stated that the financial support defined in the transition to the European Green Deal implementation (1 trillion Euros) will be larger than the funds allocated to date. What will be the source of this amount in terms of country and sector? Will this target be able to be achieved as the struggle with COVID-19 continues nowadays?

While our immediate focus is on combating covid-19, our work on delivering the European Green Deal continues. The climate crisis is still a reality, and necessitates our continued attention and efforts. And in order to make the Green Deal a reality, we need the necessary funding and necessary investment. Just to meet our 2030 climate and energy targets, we need an estimated additional €260 billion in annual investments. Public money alone cannot foot this bill. In fact, we will have to rely primarily on the private sector to invest in energy efficiency, in renewables and hydrogen, in smart energy grids and in low-carbon transport. In this context, the Commission has presented a Green Deal Investment Plan, which, over the course of the decade, can generate as much as €1 trillion to fund sustainable projects that will generate sustainable jobs and growth. Finally, the transition has to be fair: for this, we have the Just Transition Mechanism – a series of elements to encourage the necessary public and private investment in regions that face the biggest challenges, such as those, which have been most dependent on coal and other fossil fuels. This includes € 7.5 billion of new funding in the EU budget from 2021-2027 for the Just Transition Fund – aimed at the most vulnerable people and regions.

We know that Turkey is one of the countries benefited the most from EU’s climate change funds.  What is Commission’s budget plan for tackle climate change?

The EU is globally the largest financial donor in relation to the fight against climate change and contributes approximately 20% of the overall budget. In comparison to other third countries, Turkey benefits most from the EU’s international climate support measures. As part of the pre-accession aid (IPA), Turkey benefits specifically from EU funding in the field of energy, including for renewables and energy efficiency measures. The IPA assistance in the energy sector pursues the following objectives during the period 2014-2020:

The EU already allocated €62,4 m for support in the Energy sector during the period 2014-2020. More information on the actions, objectives and types of financing can be found in the Indicative Strategy on Turkey for the period 2014-2020 (initially adopted in 2014, last amended in August 2018)

The EU’ next Multi-annual Financial Framework (MFF) is currently under scrutiny by the European Parliament and the Council. The Commission proposes to earmark 25% of the EU’s budget for the next seven years for the fight against climate change.

What will be the role of renewable energy sources within the scope of the Green Deal?

Renewable energy is a key part of the Green Deal. All analyses indicate that achieving a carbon neutral economy will require renewables to move into the central stage of the energy mix. Already for 2030 renewable electricity is expected to represent 55% of power generation, and this percentage should be over 80% I the 2050 perspective. We need to interconnect energy systems and better link and integrate renewable sources into the energy grid, by promoting innovative technologies and modern infrastructure (e.g. energy storage, hydrogen). We also plan to develop the full potential of Europe’s offshore wind energy. In addition, the Green deal will boost energy efficiency and eco-design of products, empower consumers and help Member States tackle energy poverty, and promote EU energy standards and technologies at global level. Last but not least, we need to decarbonise the gas sector and promote smart integration, allowing for example renewable electricity converted into hydrogen to support decarbonisation of heating, transport and industry that need energy in a gaseous form.

With this Green Deal, will there be any prediction about an increase in European sourced funding opportunities and cooperation for renewable energy investment in Turkey?

Turkey has a great renewables potential. Over the past years, the country has made considerable progress in this field. For this positive development to continue, Turkey will also need to attract further renewable investments from abroad. Further foreign investments will largely depend on Turkey’s regulatory framework (e.g. national renewables support measures, quality and transparency of auctioning system, rule of law, etc.). Lately, Turkey is applying more and more local content rules to its renewables sector. Local Content Requirements (LCRs) are in the European Union’s opinion not WTO-compatible. The EIB and other International Financial Institutions (IFIs) could therefore find it much harder to finance such renewable projects in future.

Energy efficiency is a very important issue on the agenda of many countries as well.  Turkey made lots of laws, regulations and strategies in this regard.  There are also some implementations and few financial supports compared to the EU. What is the EU’s priorities in this regard and how do you assess the situation in Turkey?

The EU Energy Union introduced already the  “energy efficiency first” principle. EU legislation and programmes aim to tap the potential for improving energy efficiency in all sectors, from household to industry. We keep developments under review in the context of the National Energy and Climate Plans, and if needed will propose additional measures, in particular in the context of the more ambitious Green Deal.  Turkey has also still a great energy efficiency potential. Energy efficiency measures (e.g. renovation of buildings, modernisation of energy-intensive industries, smart meters and eco-design measures for household appliances) could contribute to reduce Turkey’s energy import dependence and the country’s energy intensity. The EU supports Turkey already on the regulatory side by reviewing the Turkish draft legislation in Customs Union-relevant areas (e.g.  the eco-design of house-hold appliances and energy labelling). The EU is also planning to work closely together with its neighbouring countries on the Green Deal and could possibly foresee some external energy transition support under the future Multi-annual Financial Framework (MFF), which still needs to be negotiated.

Turkey was not yet a part of Paris Agreement.   After Green Deal comes into the force, how does this situation affect Turkey-EU commercial relations? For example, can issues such as quotas and funds be raised in the trade of some energy intensive products?

The EU plans to fully de-carbonise its economy by 2050. This will not only be to the benefit of the EU, but to all of us. To avoid unfair competition during this transition period, the EU is currently reflecting on a possible carbon-adjustment mechanism for the trade in goods which relies on the use of excessive carbon. It still remains to be seen whether such a mechanism can be designed in a WTO-compatible way and no decision has been taken yet.